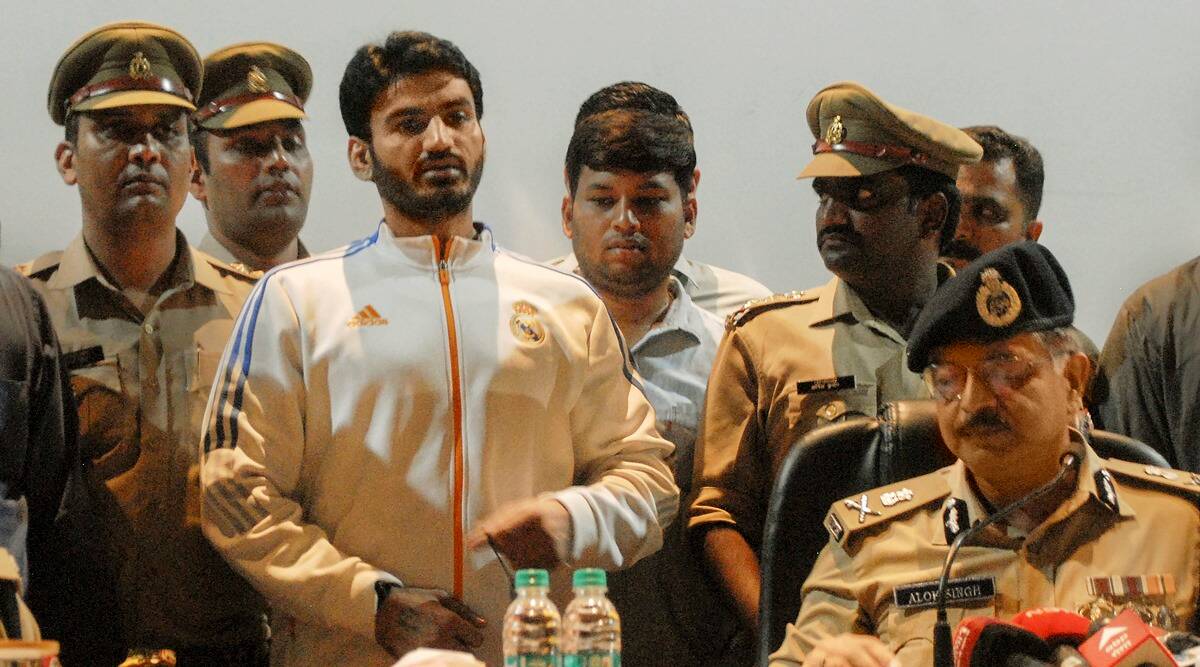 Shrikant Tyagi, who had been absconding ever since an FIR was registered against him for abusing and pushing a woman at the Grand Omaxe society in Noida last week, was on Tuesday arrested by the Uttar Pradesh Police, with senior officers saying he kept changing locations and devices to evade arrest.

Police also explained why Tiwari had a ‘vidhayak (MLA)’ sticker on one of his vehicles. Speaking at a press conference in the evening, Noida Police Commissioner Alok Singh said: “The vehicles seized from the accused run in 001 UP 32 series. He bid for each number plate, and each cost around Rs 1,10,000. On one vehicle there is a vidhayak sticker found. On questioning, he said that through (former MLA) Swami Prasad Maurya (who left BJP for Samajwadi Party in 2021), he was provided the sticker. Tyagi’s driver also painted a UP government symbol on his car on his instructions. We will be taking action against the accused under the Gangster Act. So far, five cars have been recovered – two Fortuners, two Safaris and a Honda Civic – some in his name and some in his wife’s name.”

This is the first time the administration has acknowledged a link between Tyagi and an erstwhile BJP leader. As reported by The Indian Express, even as BJP leaders denied any link with Tyagi, a 2018 letter had confirmed his affiliation to the party.

The Indian Express had also reported that Tyagi had been provided police protection between October 2018 and February 2020. On Tuesday, the Noida Police chief said: “A high-level inquiry is going on regarding the gunners provided to Tyagi by Ghaziabad police.”

On Monday, Tyagi’s lawyer had filed a surrender petition in Surajpur Court. The petition was to be heard on Wednesday.

Singh also shed light on how Tyagi managed to evade arrest till now. “Police themselves reached out to the woman… First, there were eight teams constituted by Noida police. There was a massive team effort. As per requirements, these teams were increased to 12. The main accused was continuously chased. He went outside the UP border but our teams continuously used human and technical intelligence and worked with other agencies… We also kept tracking the people who hid the main accused.”

Singh added: “He went to Delhi airport and then left for Meerut on Friday. Next day he changed all his devices, and on Saturday, left for Rishikesh via Haridwar. On Sunday, he re-entered UP. After Sunday evening, he changed his devices, and after that he was traced around Meerut, Baghpat and Muzaffarnagar. He kept moving around in different vehicles and was on the run for almost three and a half days. Our teams kept tracking his movements and the various vehicles. We caught him from Meerut today. My team is very proficient and competent; they faced many challenges.”

With the police and administration under fire for failing to take sufficient action against Tyagi and to protect residents of the Noida society, Singh said on Tuesday: “We have for the past two and a half years worked against organised crime and crimes against women. We have zero tolerance for crimes against women and will continue to serve the expectations of the people.” 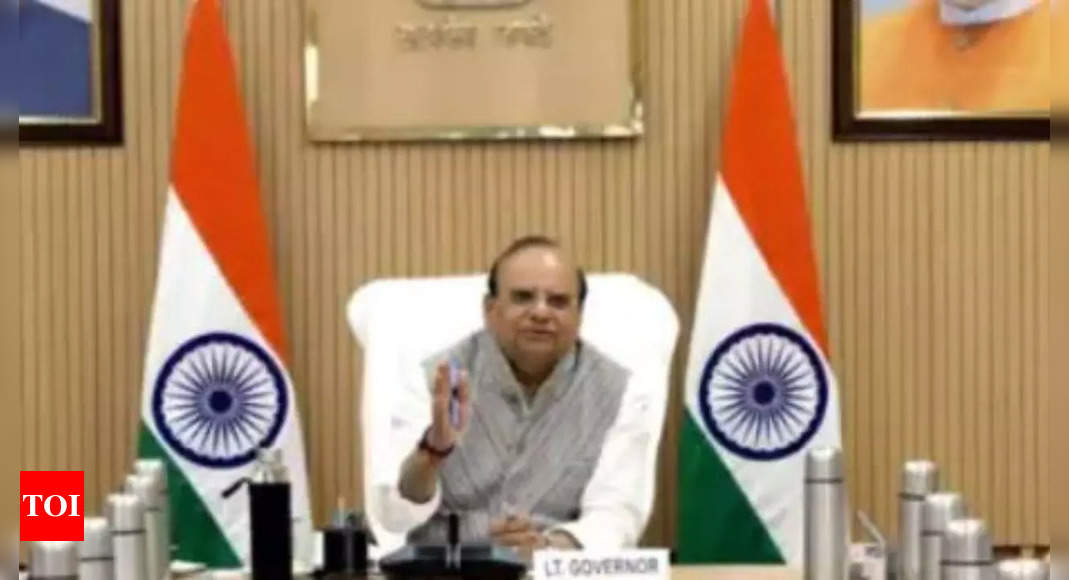 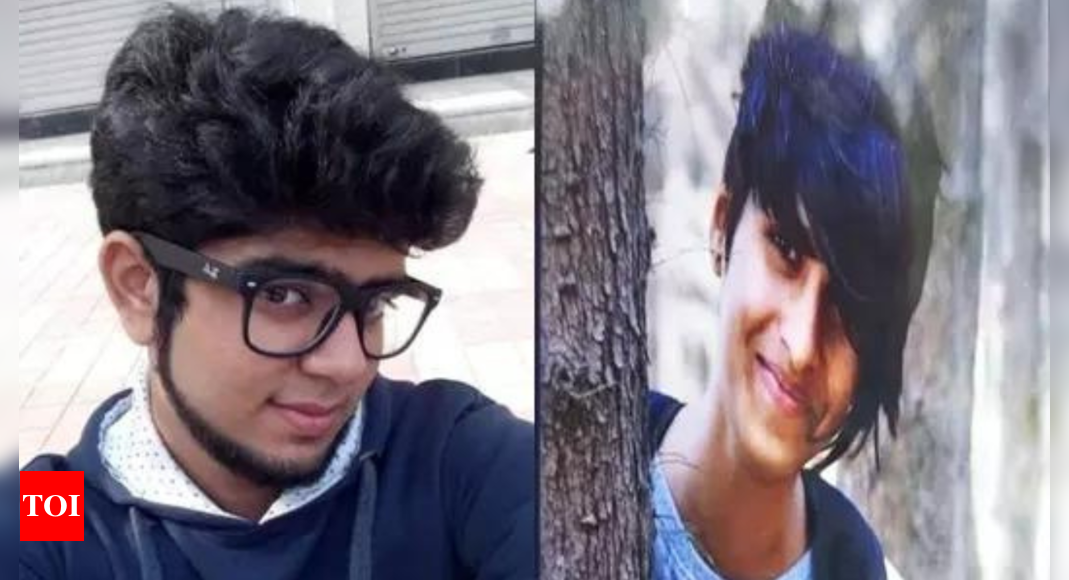 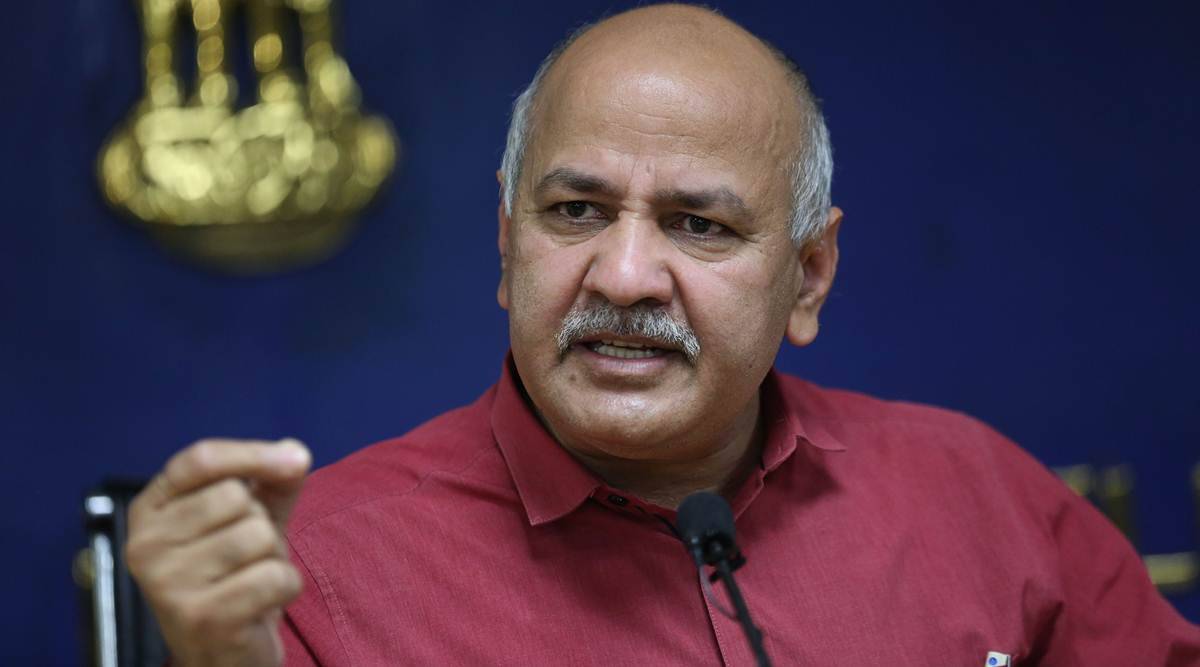 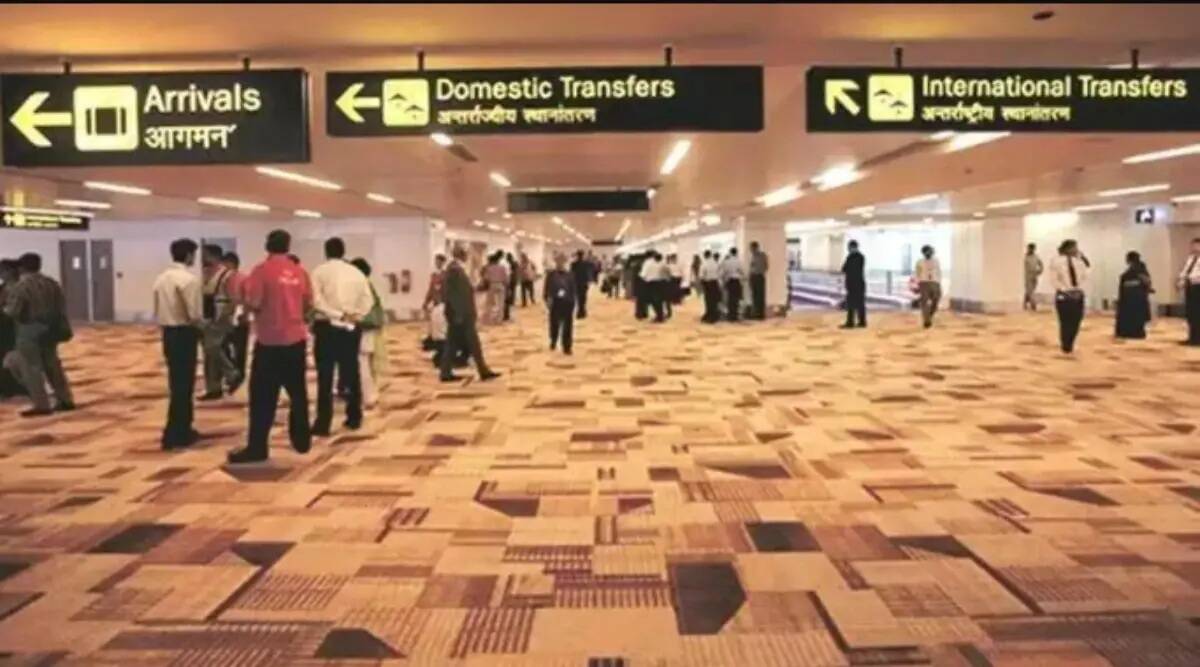