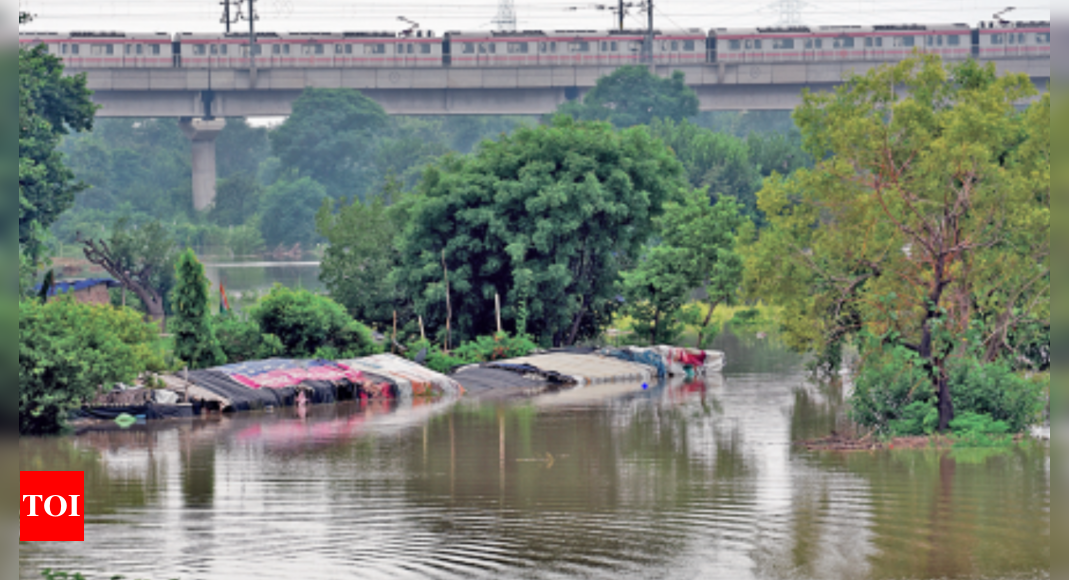 NEW DELHI: Carrying cots on their heads, dragging their livestock and lugging household goods, residents of Yamuna Khadar belt tried to reach higher ground with their houses submerged in the Yamuna waters. Many of them have made several round trips from their houses to the Noida-Delhi link road, where they have set up temporary dwelling at the under-construction extension of the Barapullah flyover. It’s not easy there. For one, there are no toilets. And they also have to worry about their children playing by the side of the busy road. The Yamuna water started rising around midnight on Friday and the residents of the low-lying areas had no option but to find higher ground. “I reached home around 8pm on Friday. Realising that the river was rising, we began packing our belongings and ferried them to the Noida-Delhi link road. We did this the entire night,” said Mohal Pal, a father of two. Almost the entire Barapullah extension flyover was occupied with such people on Saturday, including their livestock. Those who hadn’t move quickly enough to occupy spaces under the flyover were worried. Most of the people grew vegetables for a living, but the floodwaters have washed the plants away. Jyoti fretted, “How will we survive? My husband grew and sold vegetables, but almost everything has been washed away. We haven’t slept since last night. We also have to collect wood for burning because we don’t all have gas cylinders. The main problem is toilets.” Nearby, Indrawati worried about her kid playing close to the U-turn on the Delhi-Noida link road. “We have to keep an eye on her despite being busy trying to set things up,” she said. A Delhi government official said around 7,700 people have been shifted to safer grounds in East, North-East and South-East districts. “We have made arrangements for their food, water and electricity. Mobile toilets have been placed at the temporary camps. We expect the water to recede from tomorrow, but are prepared for any eventuality,” the official said. The Yamuna was flowing above the danger mark of 205.3m at Loha Pul. At 7pm on Saturday, the level was at 205.92m, having been at 205.99m between 5am and 5pm. Officials expected the water to go below the danger mark by 1pm on Sunday. The river had breached the danger mark of 205.33 metres around 4 pm on Friday due to heavy rain in the catchment areas upstream. “The water is above the danger mark at present, but is expected to reach 204.75 m on Wednesday between 11am and 1pm,” said the flood control department. “The water being released from Hathinikund dam has lessened from 14,089 cusec at 2am to 13,572 cusec at 7pm,” explained a flood control room official. Normally, the discharge rate from Hathinikund towards Delhi is 352 cusec. One cusec (rate of the discharge of water) is equal to a flow of 28.32 litres per second.
Source: https://timesofindia.indiatimes.com/city/delhi/midnight-surge-leads-to-rush-for-safe-land/articleshow/93547914.cms 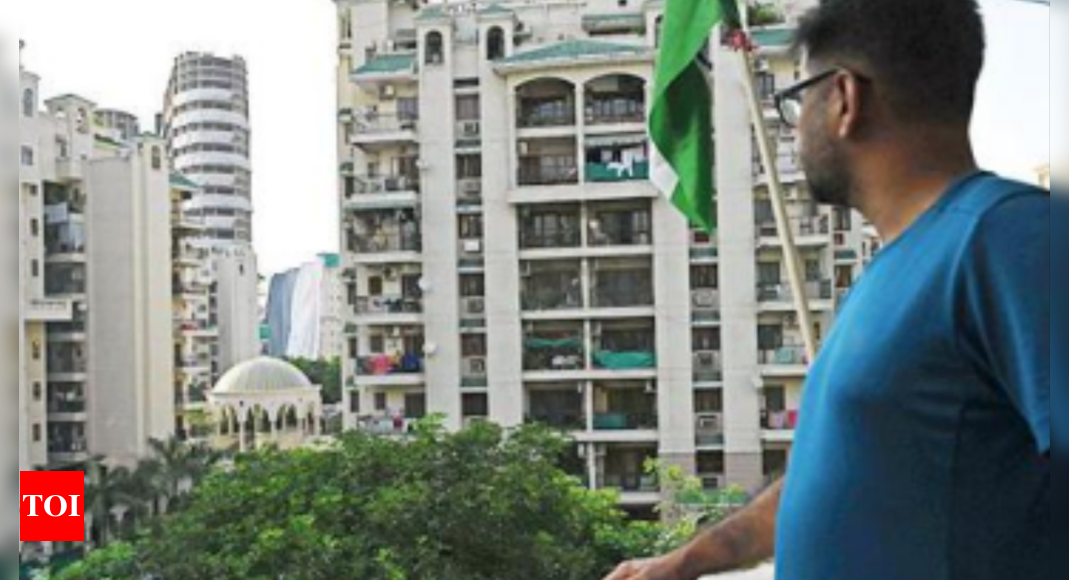 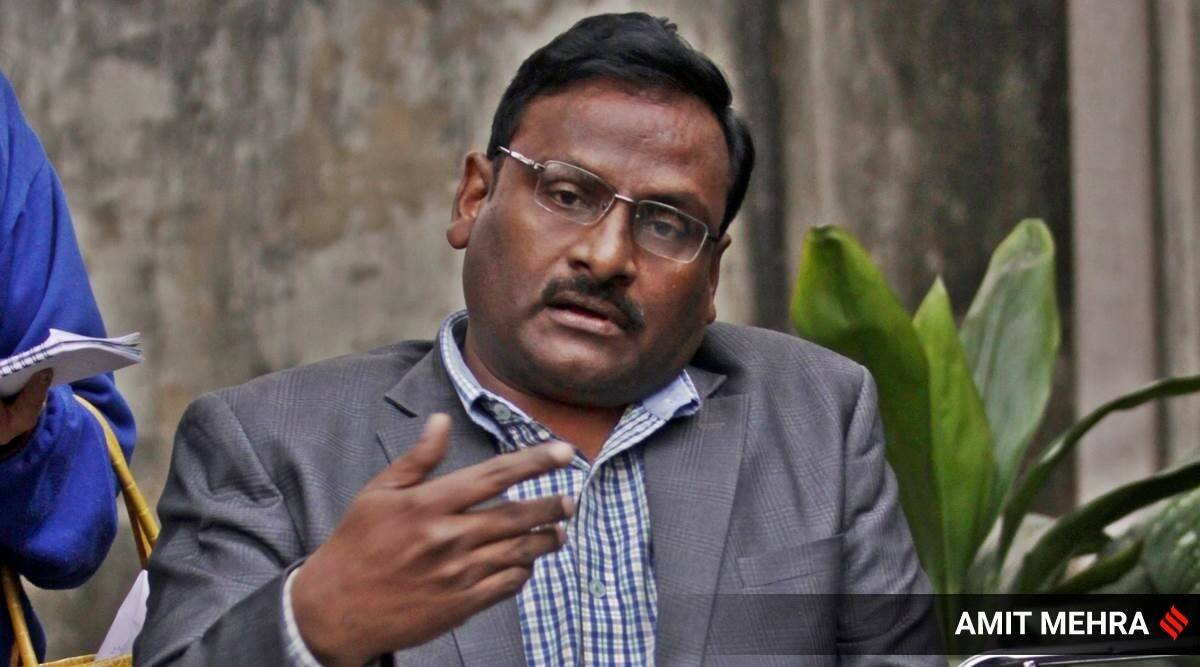 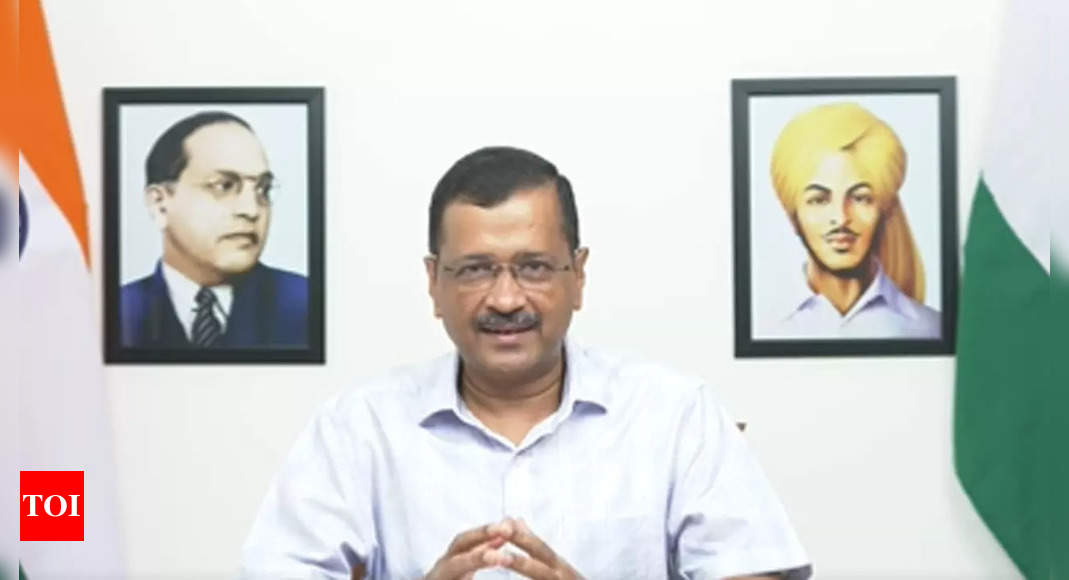