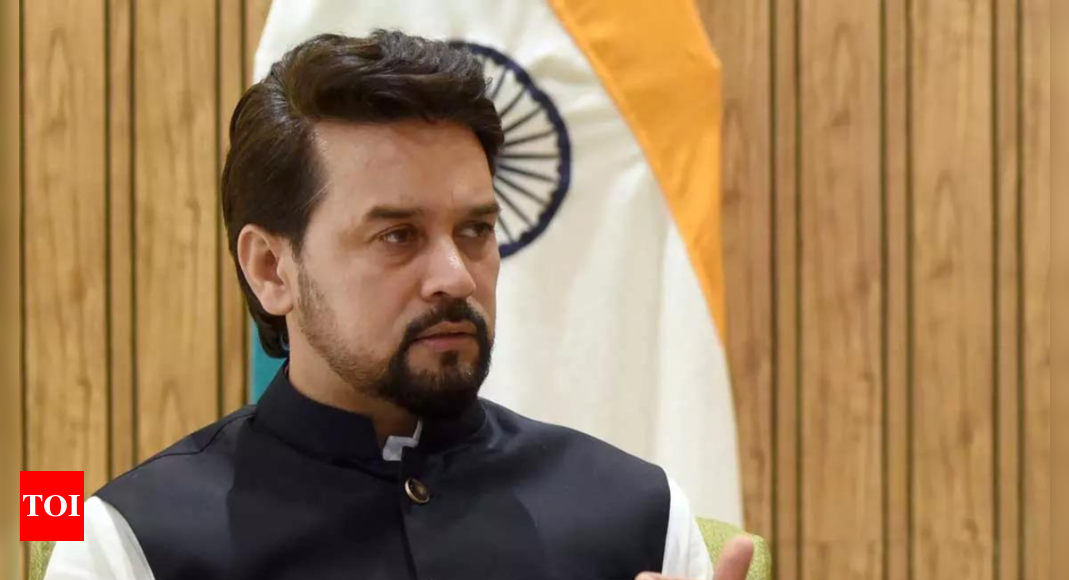 Anurag Thakur said Kejriwal was silent on the liquor scam because corruption, in this case, has happened in public glare and is known to all. (File photo)NEW DELHI: The BJP on Friday accused chief minister Arvind Kejriwal of presiding over a corrupt regime, observing that the CM and his Aam Aadmi Party were using favourable coverage organised by them in the media to divert attention from the liquor scam even as the CBI raided the residence of Kejriwal’s deputy, Manish Sisodia. “CBI is probing a huge scandal in the liquor licences. We will also discuss their claims for reforms in education policy. But today the issue is corruption and of benefiting a contractor of liquor cartels at the expense of the people of Delhi,” said I&B minister Anurag Singh Thakur. Thakur said Kejriwal was silent on the liquor scam because corruption, in this case, has happened in public glare and is known to all. “The very day a CBI inquiry was ordered by the LG, the Kejriwal government abruptly withdrew the new excise policy, making it evident that huge corruption had taken place. The nexus between Sisodia and Kejriwal for looting the exchequer has been exposed. Why would you withdraw the excise policy that you had all along claimed to be revolutionary the day a CBI inquiry was ordered?” Thakur asked. The Union minister said Kejriwal should stop treating people as fools. “The Delhi CM did not even suspend Satyendar Jain when he went to jail. Jain now says he has lost jhis memory, let’s hope Sisodia doesn’t…The public can now see the real face of Kejriwal and Sisodia,” Thakur said, adding that no matter how hard a corrupt person tries, s/he will eventually be exposed as corrupt. BJP IT cell chief Amit Malviya also attacked Kejriwal for his silence on the liquor scam. “Arvind Kejriwal, in his press conference, didn’t say a word in defence of the new excise policy, which led to a massive loss of revenue for the exchequer, for which Manish Sisodia is being investigated. Kejriwal knows Sisodia won’t survive this probe and is already trying to distance himself,” Malviya tweeted. Former Delhi BJP president and North East Delhi MP Manoj Tiwari said the CBI should investigate if there was a “quid pro quo” between the deputy chief minister and liquor licensees, alleging that bribes were used by AAP in the assembly elections in five states earlier this year. In a statement, cricketer-turned-politician and East Delhi MP Gautam Gambhir also alleged that the AAP funded its Punjab election, where the party won a record number of seats and formed a government, “using money from liquor licensees”. Reacting to allegations that the raid was an attempt to stop improvement in health and education sectors, leader of the opposition in Delhi Assembly Ramvir Singh Bidhuri said that AAP should talk about the excise policy. “The CBI raid on Manish Sisodia’s house has been conducted because of the scam in implementation of the excise policy. Instead of talking about this, AAP is diverting the issue,” he said. Former Union minister Harsh Vardhan said that the eyes of people would be opened by the “massive corruption” of the Kejriwal government. “If the corrupt are doing their work, then the system is also doing its job and the truth will soon come out in front of everyone,” he said. West Delhi BJP MP Parvesh Verma alleged that two “middlemen” who used to collect cash from liquor licensees have left the country. “The Arvind Kejriwal government raised the commission of wholesale licensees from 2 per cent to 12 per cent and a part of it used to be collected by several persons for the AAP government, two of whom left the country as soon as a CBI probe was recommended by the LG,” he alleged. Delhi BJP president Adesh Gupta, in a tweet, said even during the Covid-19 pandemic, Sisodia was providing “relief” to the liquor mafia. “Kejriwal should now seek resignations of both Sisodia and Jain,” Gupta said. FOLLOW US ON SOCIAL MEDIAFacebookTwitterInstagramKOO APPYOUTUBE
Source: https://timesofindia.indiatimes.com/city/delhi/aap-talking-of-edu-reforms-to-divert-attention/articleshow/93668283.cms 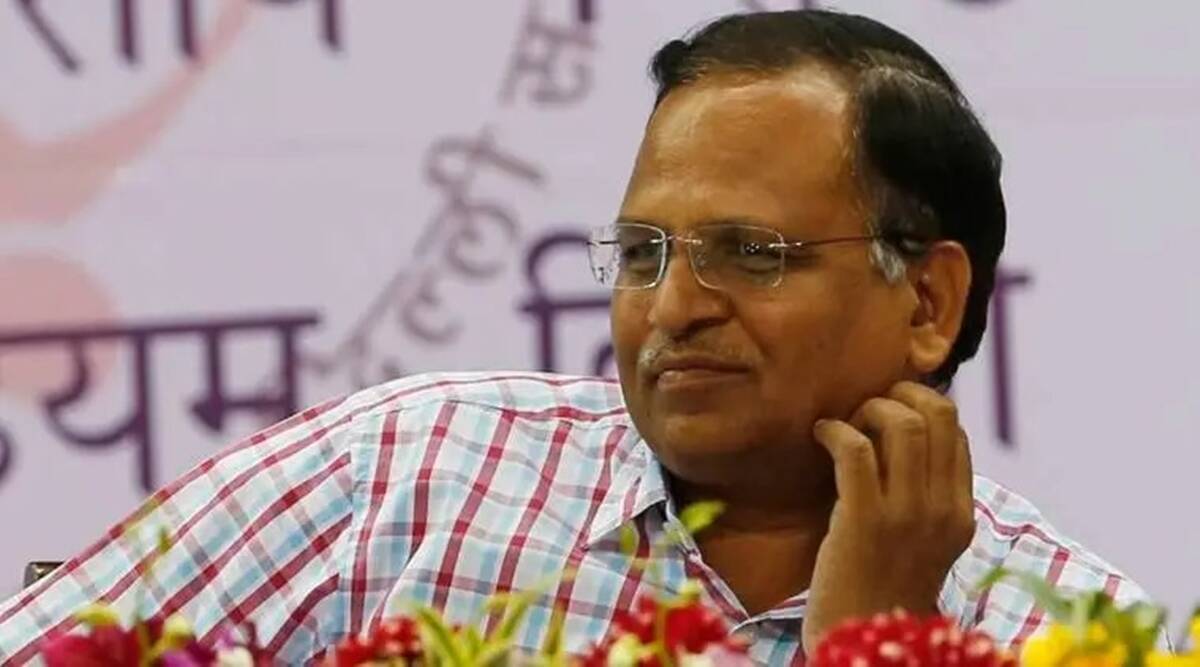 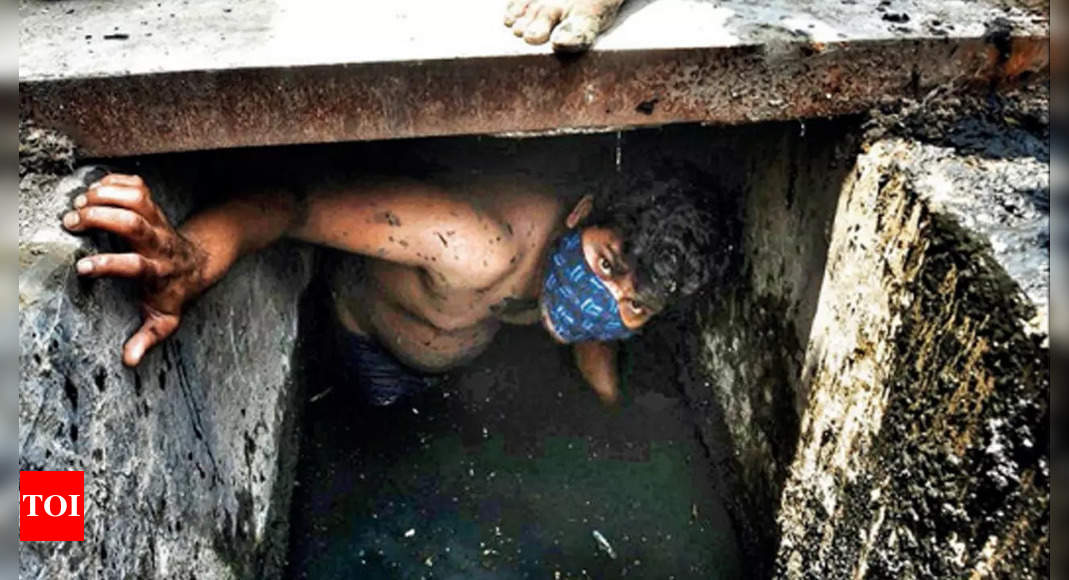 Latest News
Delhi This Week: Watch landmark films from each decade since 1947, attend talk on Partition to seep in the spirit of Independence 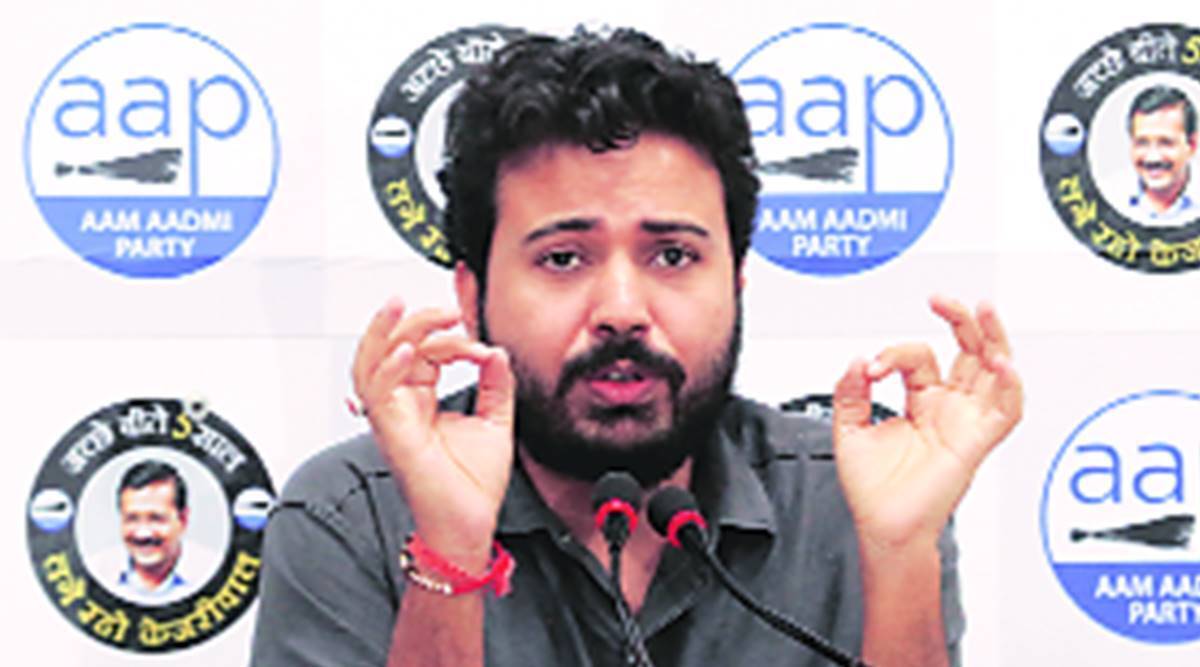 Latest News
Day before ED questioning, AAP MLA Durgesh Pathak had said: ‘Ready for jail for even a year’